Make a Sure Bet On Your Marketing with Sprint Data

Get Campaign Results That Light Up Like Las Vegas

The Nations LARGEST Marijuana CBD OIL Consumers in the nation Continued usage by all major outlets nationwide turning in billions of dollars in marketing campaign results with Sprint Data Solutions TOP SHELF marijuana list and CDB buyers lists. No nonsense with USPS verification with a report. Transactional information of marijuana and CBD OIL buyers. These are the nation’s TOP cannabis marketing databases. Do not be fooled by any other cheap imitation lists. These are real names and address with usage in by the Cheech and Chong Museum in LA to name a few of the heavy-duty of our lists. Two independent third-party verification reports certified by the USPS for mailing with a CASS certificate.

Life and business are about change. In contrast, things that were once considered illegal, such as alcohol, may once again find themselves available for purchase in retail outlets. The one thing that doesn’t change, however, is that when there are new opportunities in business, there are people and organizations ready to move in and stake a claim to these promising new, unexplored territories. For marijuana, that time is now, as new markets open up all over the United States and other parts of the world with changes in perception and new laws to reflect this.
The American market is in a period of transition. While traditional markets such as food and beverage or financial products remain healthy and in demand, new additions to the market are making significant gains all the time. Anyone that ignored the potential of online ordering, for example, suffered badly when companies like Amazon acted aggressively. Now, with marijuana, the former stigmas attached to this substance are fading away as new laws and new applications are found for different aspects of cannabis plants. There is a vast, untapped market both in the USA and other parts of the world waiting for entrepreneurs to fill the void and make a profit.
A Changing Landscape
Marijuana’s legal status is changing in many parts of the world, including the United States. The first nation to ever legalize marijuana at the national level was the South American country of Uruguay in 2013. A few years later, in 2018, Canada took the same action, making it the first of the First World Nations to do so.
The situation in the United States is a little bit different. Here, the process is more of a “staggered” approach. Nationally, marijuana is still considered a “schedule 1” substance, meaning that it is deemed to be illegal and has no medicinal value. However, different states are allowed to create their own laws about marijuana and have done so. California, for example, has followed in the footsteps of Uruguay and Canada, completely legalizing marijuana even for recreational use. Other states, like Florida, have cleared marijuana for use only in medical instances, as a prescription medication.
Different states now have different approaches, with many states now allowing medical marijuana usage, while others grant both medical and recreational consumption. This is hardly a static condition, however, as many states consider changing their stances, even from medical to recreational.
As with alcohol and tobacco, marijuana can, with overuse, be considered a harmful substance. With moderate use, it can be a pleasant recreational activity and, unlike smoking or alcohol, can even be medically beneficial when taken with the guidance of a medical professional.
A New Market
As a result of all these changes, the marijuana market is now rapidly 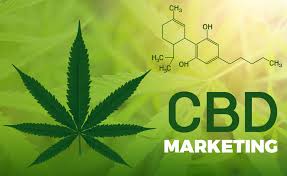 developing in different parts of the United States, as well as other parts of the world. Many businesses, both big and small, see the potential in this new, mostly “unexplored business territory.” What once was an illegal market with no health or safety standards, and no legal way to promote or market itself, is now ready to join the ranks of other markets with products and services that will be significantly in demand if the quality and proper promotion are there.
Alternatives, such as traditional direct mail marketing, and newer platforms such as digital marketing, are ripe for effective use. Direct mail and digital marketing are excellent ways to reach out to target, and this is Sprint Data Solutions Worldwide Marketing’s specialty. We have spent years compiling massive lists of names. However, we go the extra mile of analyzing and compiling these lists into specific demographics and market interests. This means that we can provide lists of potential customers for interests such as:
Marijuana Smokers Mailing Lists
Smoking marijuana is still one of the most common ways to consume cannabis, and it is now possible to purchase these products online and mail them to customers. Thanks to the legalization of the substance in some states and other countries like Canada, more and more people are voluntarily indicating their interest in smoking marijuana and thus consenting to have their names and mailing addresses included in lists.
Marijuana Paraphernalia Mailing Lists
Smoking marijuana is no longer as straightforward as it once was. There are a variety of ways to consume the substance now, including the traditional rolling up of the plant in tobacco paper, and using a water pipe or “bong” to filter out the excess. Then there are modern technologies, such as vaping.
These require different types of accessories and equipment to use correctly, and many of these accessories, such as rolling paper, or vaping cartridges, are consumables that must be periodically repurchased.
Marijuana Edibles Buyers Mailing Lists
Marijuana is a flexible substance in that it can be consumed in multiple ways. Another popular method is through eating or drinking. Marijuana can be baked into goods such as cookies or brownies, or integrated into confectionaries such as gummy candies or capsules.
It can even be added to drinks through the use of marijuana extract oils. Just add the product to a beverage like tea or even a soft drink and consume it.
CBD OIL Mailing Lists
A final widespread use for marijuana is cannabidiol. This is a component of marijuana that is responsible for the anxiety reduction and even pain management properties of the drug. It is separate from tetrahydrocannabinol, or THC, the element of marijuana responsible for the “high” and other psychedelic effects.
CBD is now proving to be a safe, effective pain management technique for both humans and pets. It has been safely deployed for treating chronic conditions such as back pain or depression. Still, it doesn’t have the same addictive potential as other medically approved painkillers, such as those in the opioid class.
As a result, there is a fast-growing market for CBD in medical treatment, with many people consenting to have their names included in showing interest in CBD products.
If you want to get in touch with the customers in these exploding markets, we can help. Contact Sprint Data Solutions Worldwide Marketing, and get access to vast, current, active marketing lists for a higher level of engagement, response, and sales.

CBD OIL & Marijuana is now booming industry. Sprint to the TOP of the Cannabis industry with Sprint Data Solutions Worldwide Marketing. We can have your telephone doing the twist right on the desk with new sales. Your website flashes with online sales. Your mail room is flooded with direct mail orders and let’s not forget the reorders ALL THROUGH the year. Sprint Data Solutions America’s number one choice for Marijuana Data and CBOIL Marketing Mailing Lists.